A simple change to make your Homebrew more exciting

Most every beer recipe starts with a base malt, consisting of 80-90% of the grain bill.  Added to that are the "specialty grains," perhaps crystal malts, roasted barley, rye, or other highly (or not so highly) kilned grains. These grains consist of a smaller part of the recipe yet are used to contribute both color and flavor to the final product. 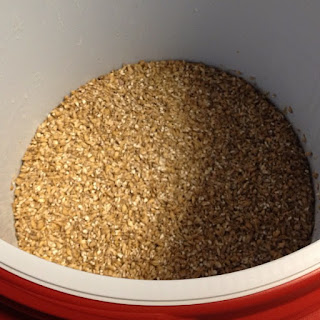 This formula is nothing new and very similar to baking, starting with a base of your basic flour, etc.  Add peanut butter for one type of cookie or chocolate for yet another, or even oats for different type altogether.  Hmmm, how about all three?  Yet the base material of flour is the same for each different type.

What if you were to change that base material?  I won't speak to options in baking, but with brewing there are several alternative base malts you could use.  The primary malt for a lot of recipes would be either American Two Row or UK Two Row Pale malt.  Depending on the style, your base malt may be a Pilsen malt or Munich malt.

What about something with a little more character (or at least different character)?  I've switched the Two Row for Maris Otter malt, and for a British Mild malt...With some nice results.  Golden Promise is another for consideration or perhaps Pearl malt.

Older recipes for porters often call for Brown Malt as a high portion of the grist. Most recipes now call for the specialty grains to add the color and flavor, on top of a simple Two Row base.  Nothing wrong with it, and great beers are the result. But why be normal all the time? 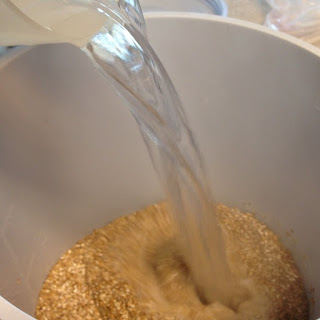 The shift to the pale malts primarily as a base has been for various reasons, one of which is economic.  In a business with small margins (and three tiers for distribution to the end user) economics need considering, and the Two Row Pale malt is considerably less expensive.  On a large scale, this can make a huge difference.  For the homebrewer, it still is less expensive, but with a small batch that difference may be pennies.  For a little more cost we have the opportunity to make our beers interesting and add more character by using some of these alternate base malts.

And why stick with just one?  For a Barleywine recipe, I split the base malt portion of the grain bill to use 60% Maris Otter and 40% Golden Promise. The other specialty grains were then added.

Note: Pay attention to color while using the alternate base malts. Mild Malt, for example, on its own will give a nice golden color.

This is one simple way to help make your beer special.  After all, we are artisans.
Posted by Unknown at 11:00 AM