Hoppy Valentine Bouquet. It sounded like a suitable name. 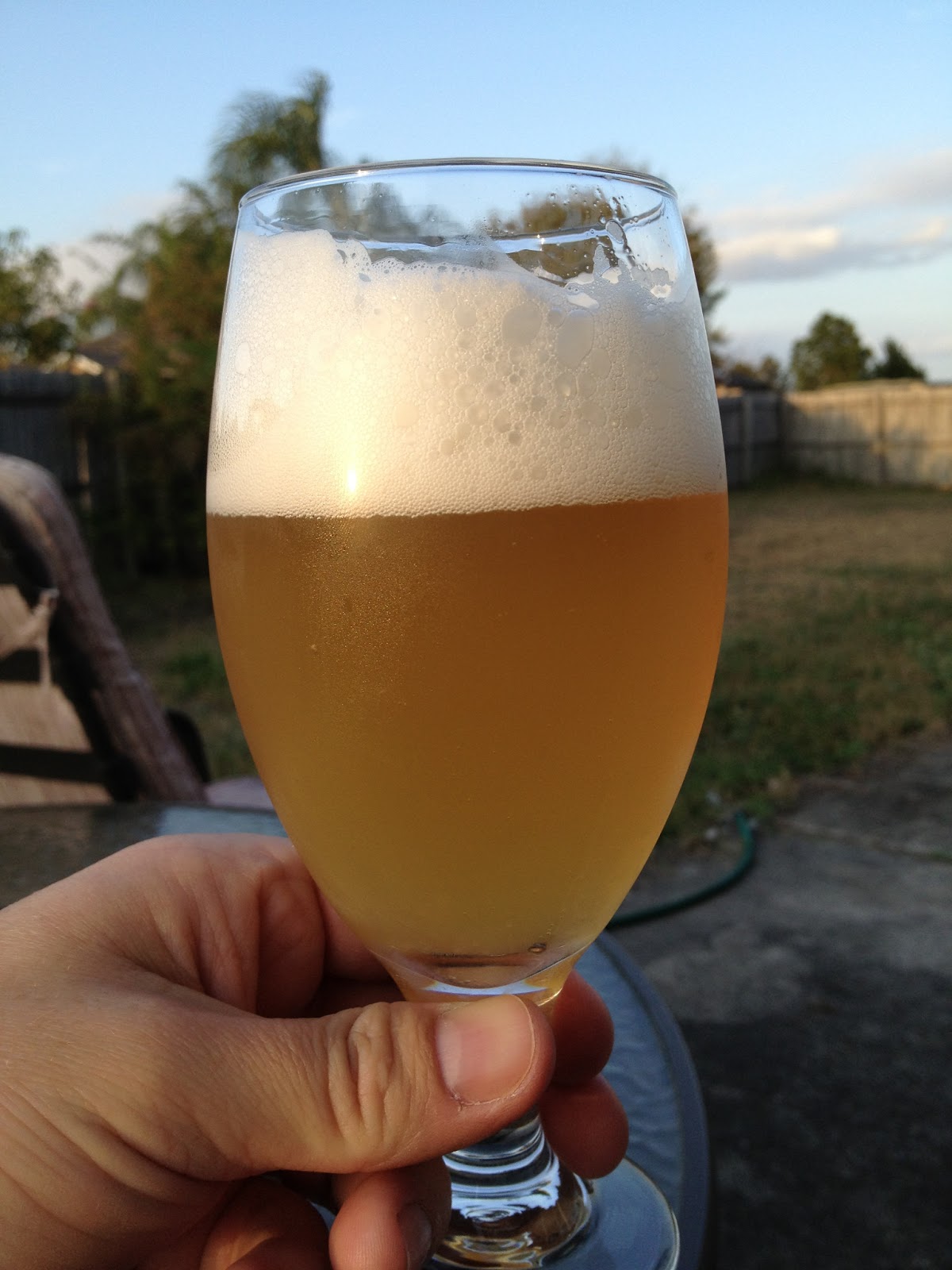 Believe it or not, the photo at the right is what an award winning beer looks like.  This is the #FF Hopped Wheat Ale, aka Hoppy Valentine Bouquet.  It was the 2013 winner of the Extreme Valentine Beer competition at the Deland Craft Beer Festival.

What do you do when there is an Extreme Valentine Beer competition and you haven't celebrated Valentine's day in close to 20 years?  You enter what you have and make up a Valentinian type name for it, and then cross your fingers.

At least that is what I did.

Entering this competition, I felt almost like the agnostic in church on Communion Sunday.  I've forgotten completely how to celebrate Valentine's Day, and I'd be quite clumsy at it if I tried.  Not that I'm unloved, or unloving (at least I don't think so).  We decided from day 1 (Valentine's Day 1) not to celebrate it.  This would have been in 1995, and to this day, I've neither given nor received a Valentine's card or gift from my wife.  We'll show our love every day of the year and not just on one "special" day, thank you very much.  And Hallmark doesn't need our money anyway.  Perhaps it's just our little way to rebel against the system.

So here I am without a good Porter to enter into the style competition, but I did have a homebrew which could pass for a Valentine inspired brew...maybe.  I figured, what the hell and entered the competition.  ...and surprisingly it won.

Full Disclosure?  Nothing new is to be found under the sun.  The recipe came to me via a Twitter friend from across the world, as a clone recipe for an Aussie beer called Mountain Goat Steam Ale.  Of course, the Homebrew Shop didn't have all the correct hops, so I substituted.  The recipe called for extract and was measured in the metric system.  I had to convert, and selected grains for an all grain beer.  With just 2 Row and Light American Wheat grains, it is very light in color (probably more so than anticipated).  My wife initially called it "grapefruity goat piss" in part because of perhaps too much Citra hops used late in the boil.  The recipe and additional background can be found here. 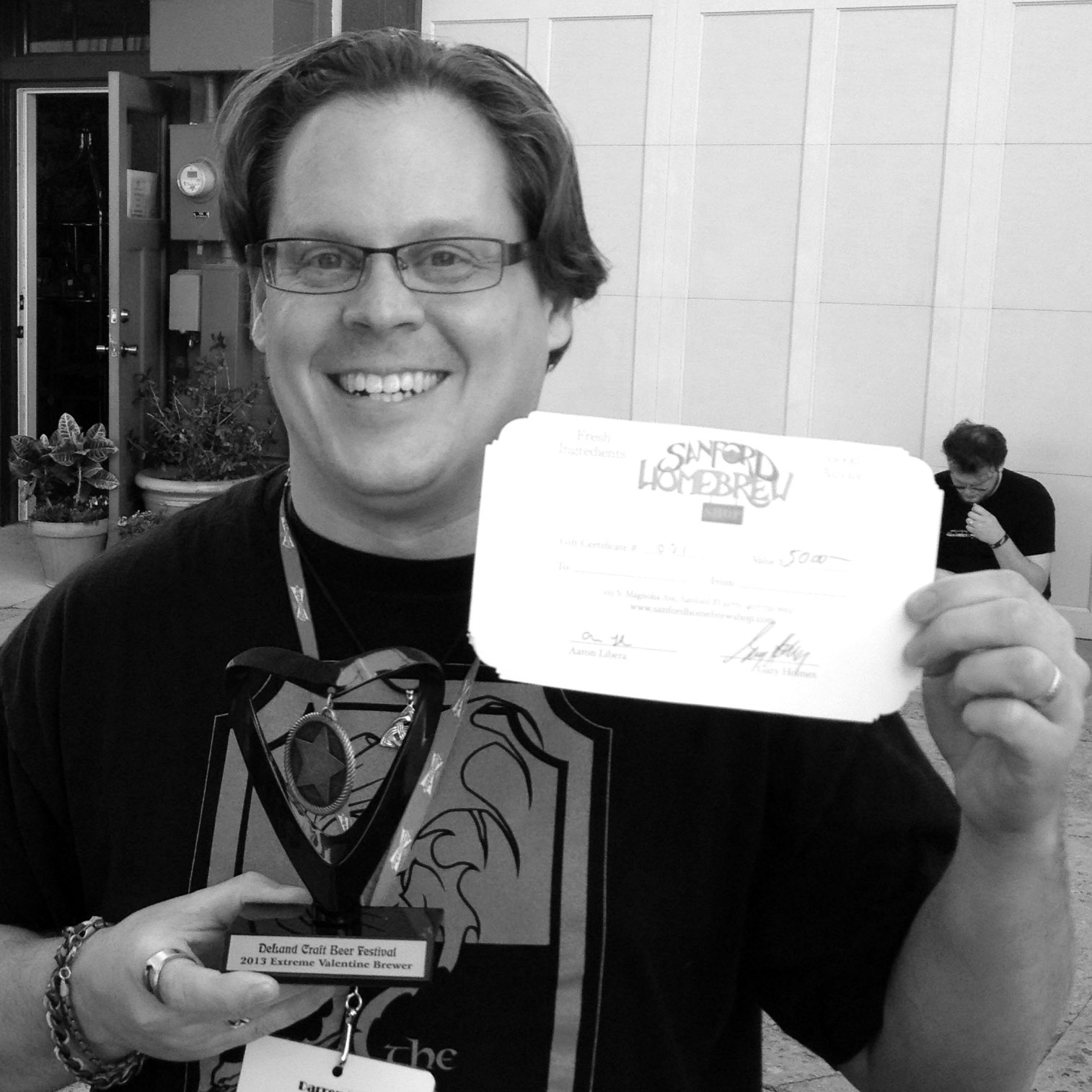 This is my story.  I'm pleased and honored to have been selected as the winner.  There are very good brewers who participated in this competition, with far more intricate and innovative beers than this one.  But it does taste good... even though it still looks a bit like goat piss.

Hoppy Valentine's Day everyone!
Posted by Unknown at 8:30 AM