Reuse your yeast through washing and harvesting

Washing and harvesting yeast can be a good way to save a little money.  Also, the amounts left over while using this technique will assure a high level of yeast for pitching into the next batch.

Here is the Dunerbrew quick how-to.

4. Close the caps tight while the water is still rather warm.  When cooled completely the cap will be sucked in, creating an air tight environment.

5. Let these set for a day at least, to obtain room temperatures with the water.

6. Rack the beer off of primary fermentation, leaving the yeast layer, along with the trub and hop residue setting at the bottom.  The yeast in the carboy will be clean, as the alcohol in the beer will not have permitted any bad things to remain alive.

7. Open and pour the water from 4 of the jars into the carboy, keeping careful to keep the caps and jars sanitized during the process. 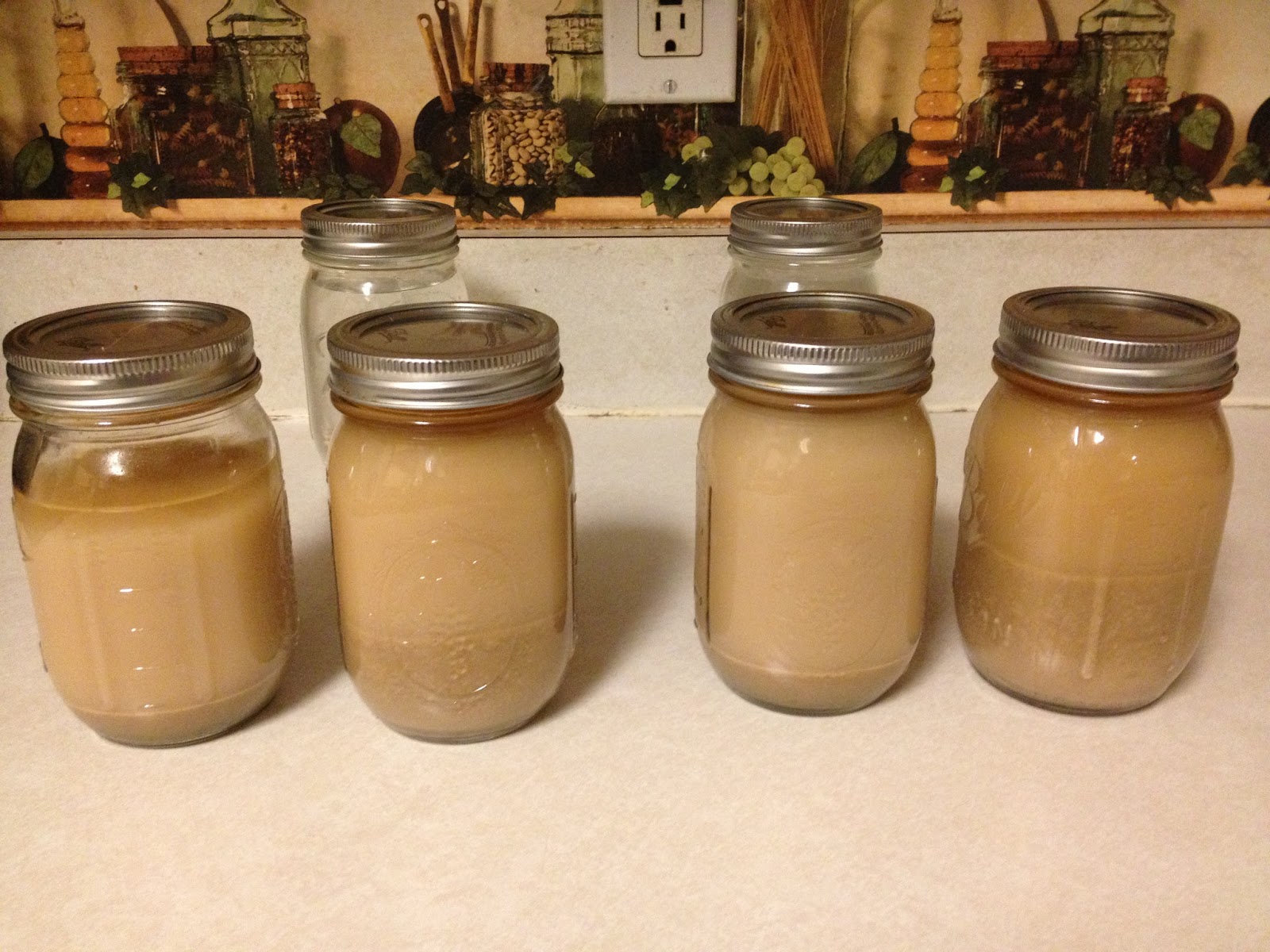 8. Swirl the yeast and trub in the carboy, creating a solution with the newly added water.
Carefully fill each of the 4 jars with the contents of the carboy, and cap.

9. After an hour of so, the contents in the jar will begin to settle, forming a layered effect, with the trub and hop residue falling first to the bottom.  The white solution is the yeast still suspended in the water.

10. After the trub has settled, open the other two jars (one at a time) and dump the water from them. 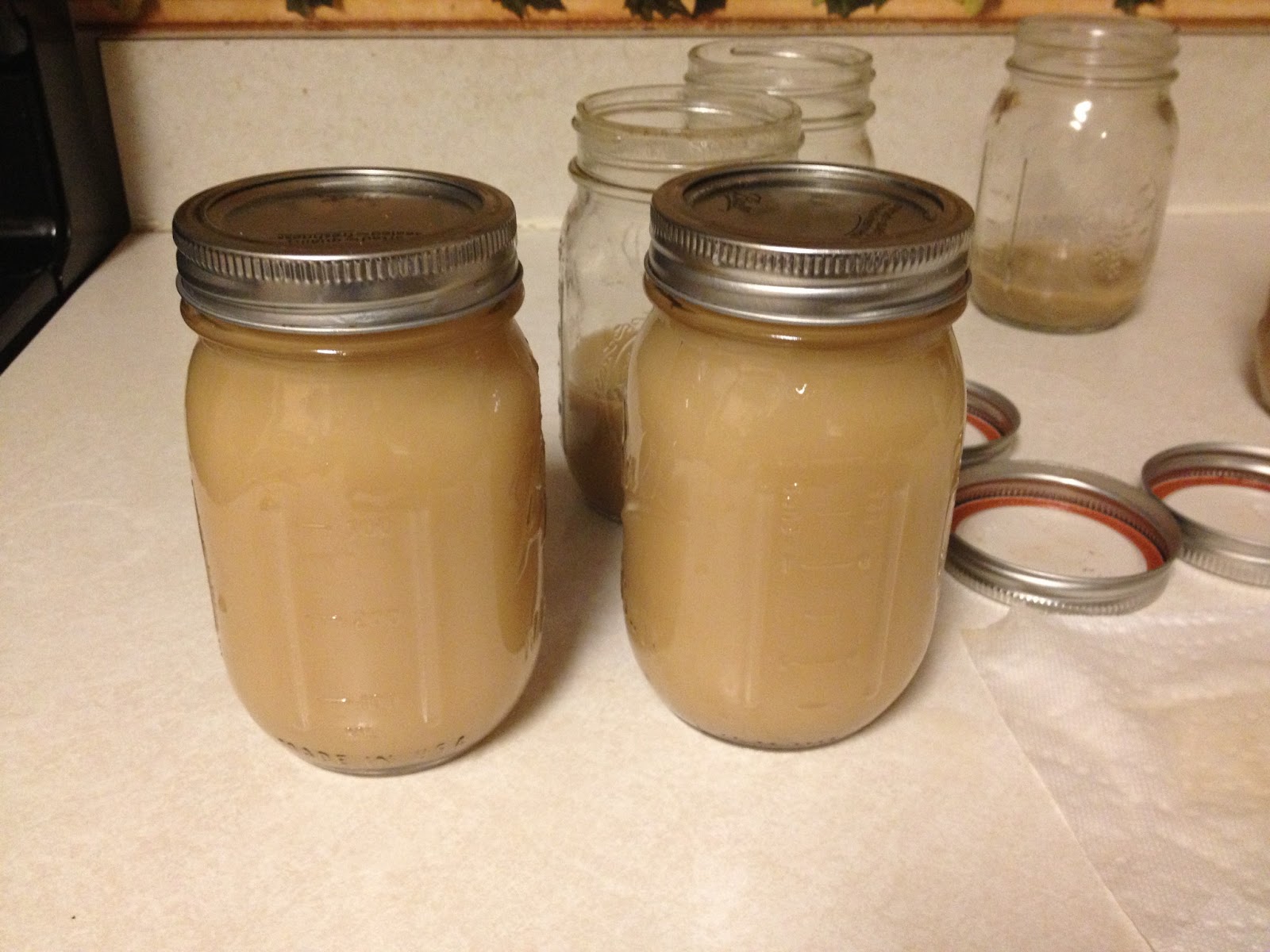 11. Carefully open two of the jars with the yeast and pour the two into the one empty jar, keeping careful to pour out the suspended yeast only and keep the trub in the original jar.  The yeast from the two jars should sufficiently fill the one jar.

13. Do the same with the other two jars, into the remaining empty jar.

14. You will now have two jars full of yeast.  Let them set overnight on the counter, which will result with any remaining trub settling again to the bottom first (there should be very little if done properly in the prior step).  The yeast will slowly settle too.

15. Place in the refrigerator, where the yeast will fully settle to the bottom and go gently into a state of dormancy. 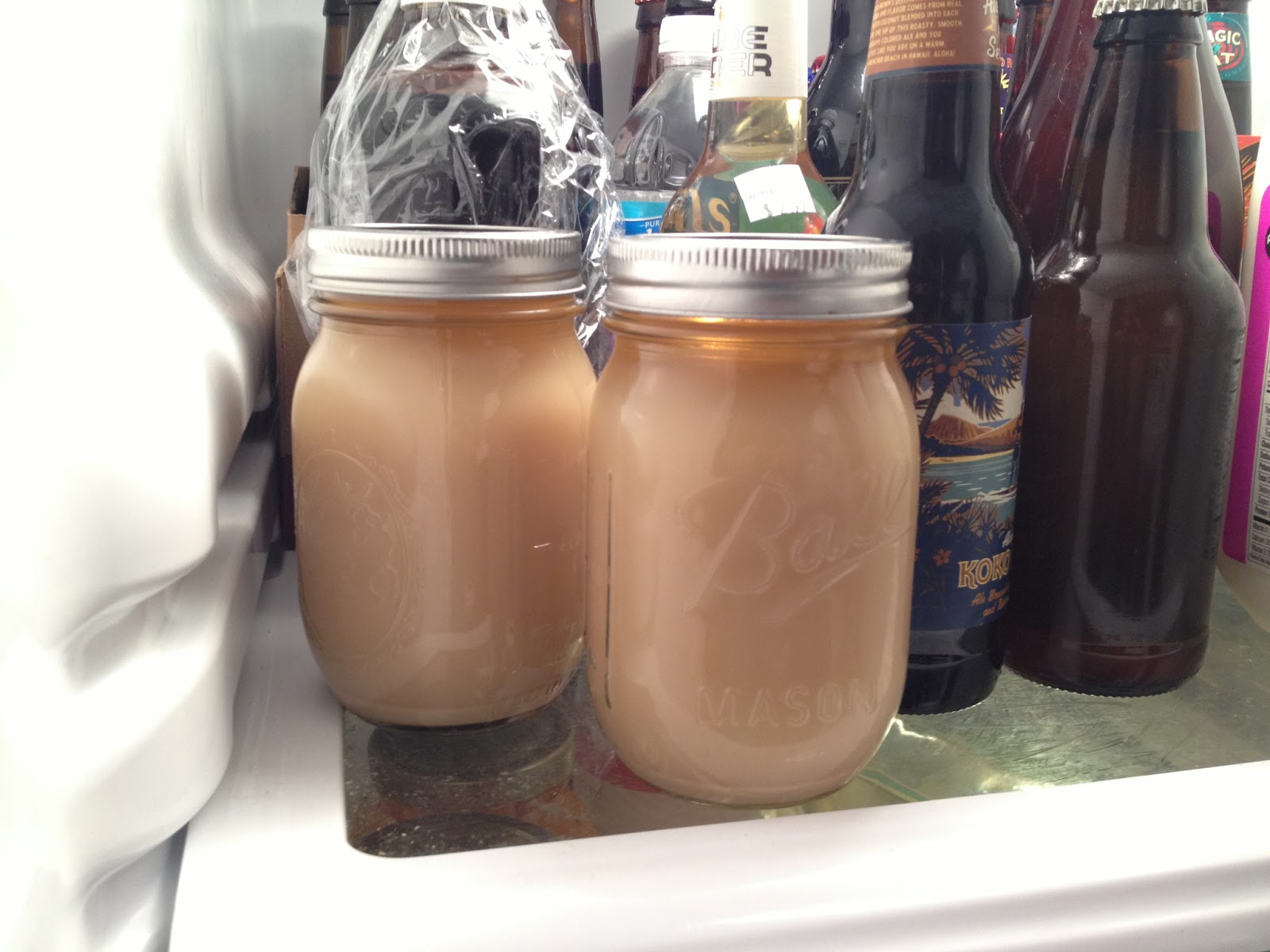 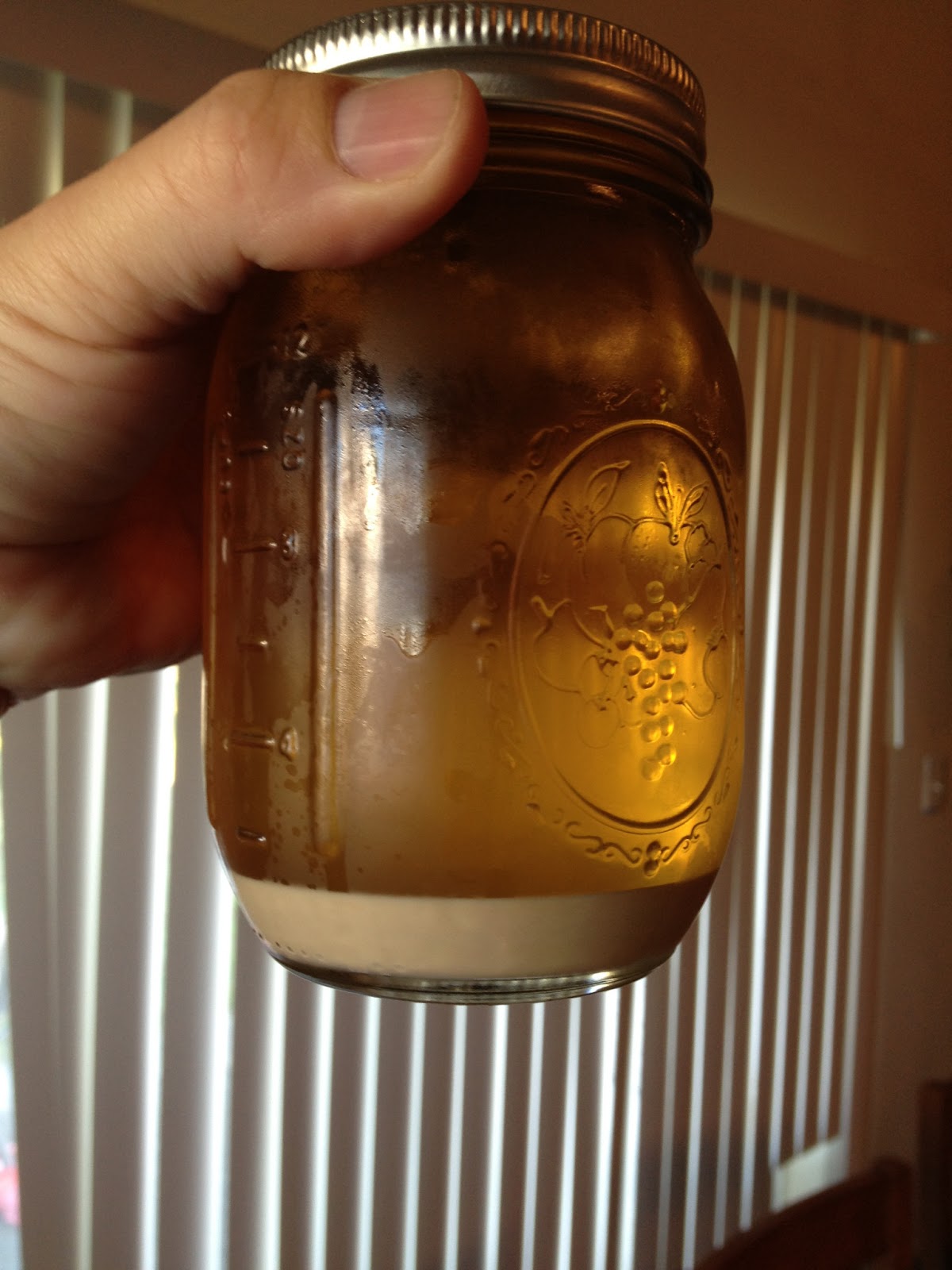 The photo to the left was taken after a few days after refrigeration.  You can see the dormant yeast as the whie layer at the bottom.  It will last like this for several months (though in reality it will be used in a couple of weeks), until it is time to use in a Starter, for preparation for brewing the next batch.

The process for washing and reusing yeast has been illustrated previously on this blog, via a couple of How-To videos.  This is how I learned to do it.  That post can be found here.