How to determine Alcohol by Volume


Imagine, if you will, that you are going to create a beer.  There are many initial questions to which you will want an answer, including what style the beer will be, what color it will have, and of course, the alcohol content.

But how is alcohol content measured?  How do we know the percent of alcohol in the beer?

During the fermenting process, the yeast will eat up the sugars in the wort, and convert them into alcohol and carbon dioxide (CO2).  Of course the barley malt, malt extract, and other fermentables added to the unfermented beer (called wort) provide these sugars.  A result of these changes, among others, is a change in the density of the liquid...a higher density liquid at the beginning, and a less dense liquid after fermentation. 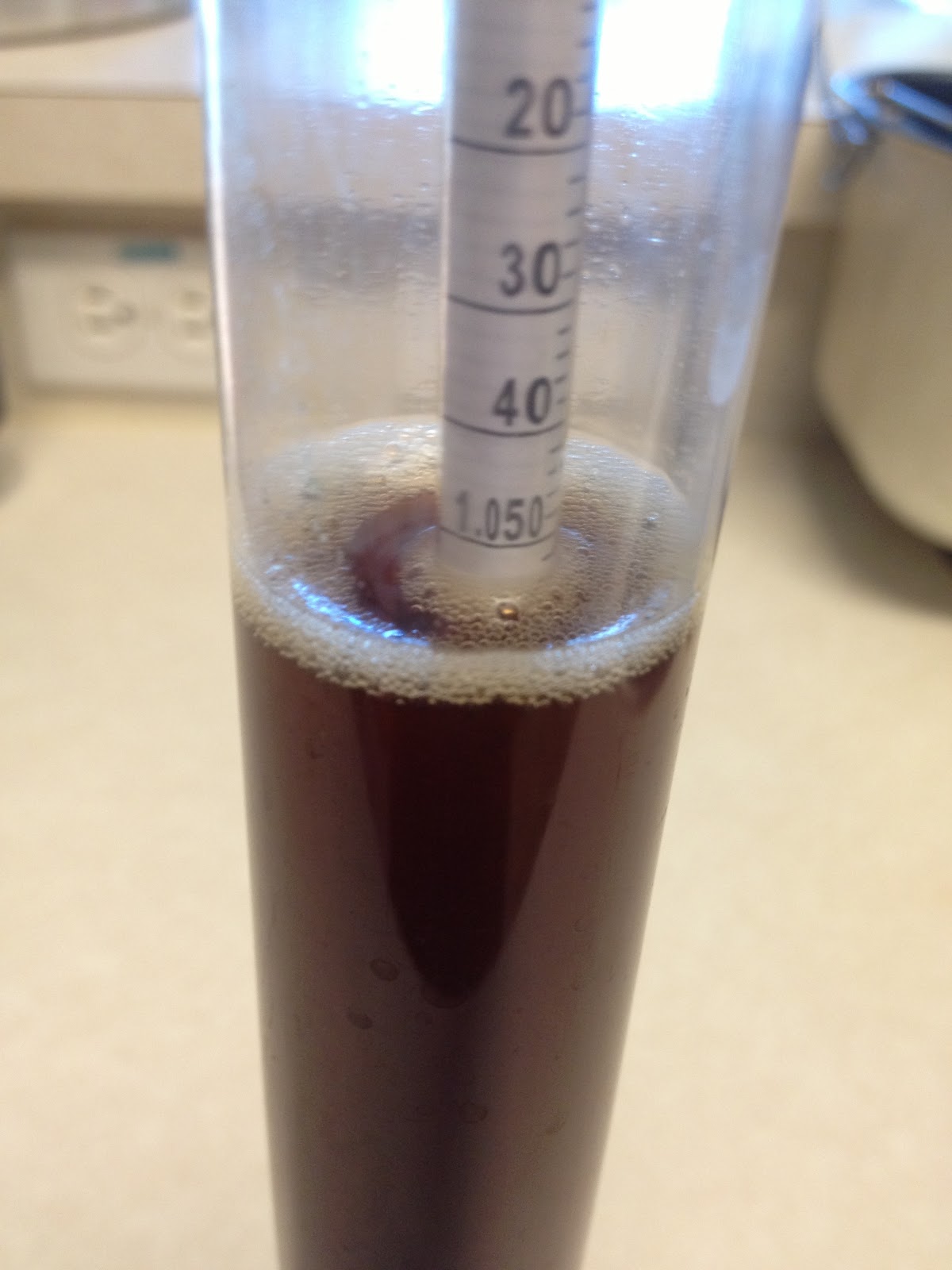 When the fermantable sugars are present in the wort, the density will be higher than water, maybe showing a reading on the hydrometer of 1.050 for example.  After the boiling phase of the brewing process, once the wort has a chance to reach fermenting temperatures, take a gravity reading with the hydrometer.  This will be the Original Gravity (OG).  Write this number down.

After fermentation is complete and before bottling, take some beer to gather another reading, which will be your Final Gravity (FG).  This number will be lower than the OG, lets say 1.014 for this example.  Write this number down as well.  Assuming the temperature of the beer was roughly the same for both readings, it is now just a matter of applying the two numbers to one of the following equations.

Yes, there are more than one equations used to estimate ABV.  Which is correct?  Your guess is as good as mine.

Perhaps the most simple is the one described by Charlie Papazian in his classic book "The Complete Joy of Homebrewing".  The formula is thus.


Another way, which is just as simple and very similar, but will give slightly different results is as follows.  Let's call this the Standard equation.

With the same gravities, this formula results in 4.8% AVB.  I'm not sure where this variation came from...except for the math.

And a third, which is theoretically more accurate for higher gravity beer is as follows.

Once again, with our same OG of 1.050 and FG at 1.014, this equation results in 4.82%.  This equation is the Alternate Equation used on Brewers Friend's calculator.

The differences in this example are rather small.  Run the calculations though on a stronger beer, let's say 1.080 OG and 1.020 final gravity.  The results are as follows.

And again we ask, which one is correct?  Or, which is the most correct?  One way which makes sense to me is to use all three and just take the average.  It will fall somewhere in the center, not veering too far from the actual in any case.  I'd call the high gravity beer 8.16% ABV.  Close enough for my purposes at least.