I tended to the hop garden the other weekend.  Last year I had two plants, a Centennial and a Chinook.  How are they doing so fat this year?

Well, the Centennial didn't seem to make it.  After digging around and not finding any roots I figured it degraded back to the soil.  The Chinook was a late bloomer this season.  Actually, it was the late bloomer last year too, and then quickly overtook the Centennial in growth and in the hops it produced.

Check out how the two plants looked last year in April.  The Centennial is in the foreground. It all works out, I guess.  I purchased a Cascade plant this year and now have a place to put it.  It was over a foot tall already with three leads.  High hopes for it.  And the Chinook is slowly growing again.


I made a space to the side of an old swing set I built, at probably 10 feet high.  This year some adjustments were made to allow the hops to grow taller.  Here is the photo after those adjustments.  Let's hope things keep hopping... 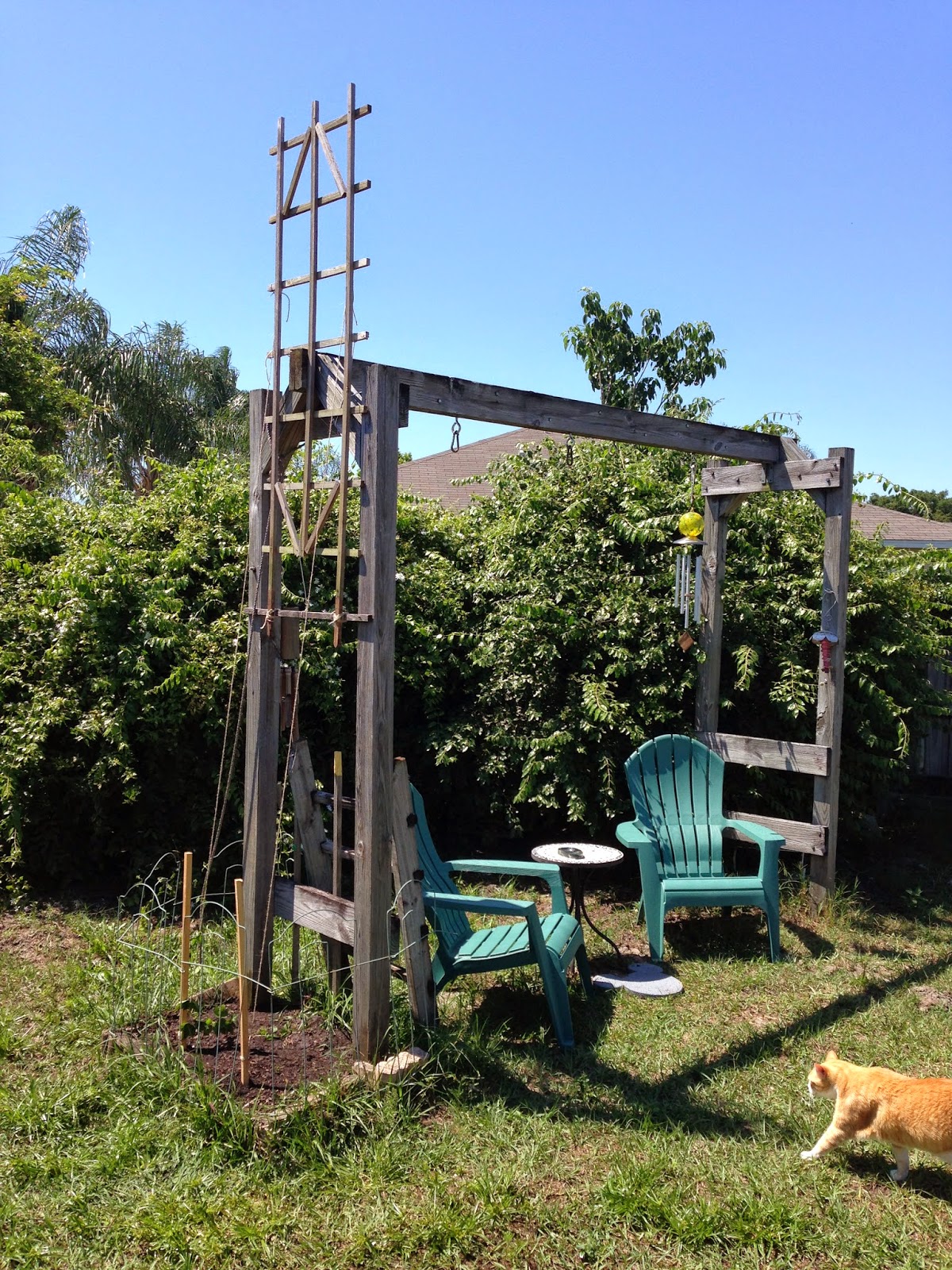