#IPAday is one week away!

You have heard about #IPAday, haven't you?  No, not iPad Day.  IPA Day!  It is August 1st, and 2013 will mark the third ever IPA Day.  Oh boy, another holiday!  But what is really special about this day is it's grass roots origination.  Started by craft beer lovers (IPA lovers) through social media, the day has really taken off.  Hopes are for this year to be the biggest IPA Day yet.

How do you celebrate?  There aren't many rules really.  Drink an IPA, and tell the world about it via social media with the hashtag #IPAday.  Take a photo and tag it #IPAday.  Organize a get together with like minded IPA fans, or even bring along someone who doesn't yet know they are an IPA fan.

Read more about it here at CraftBeer.com. 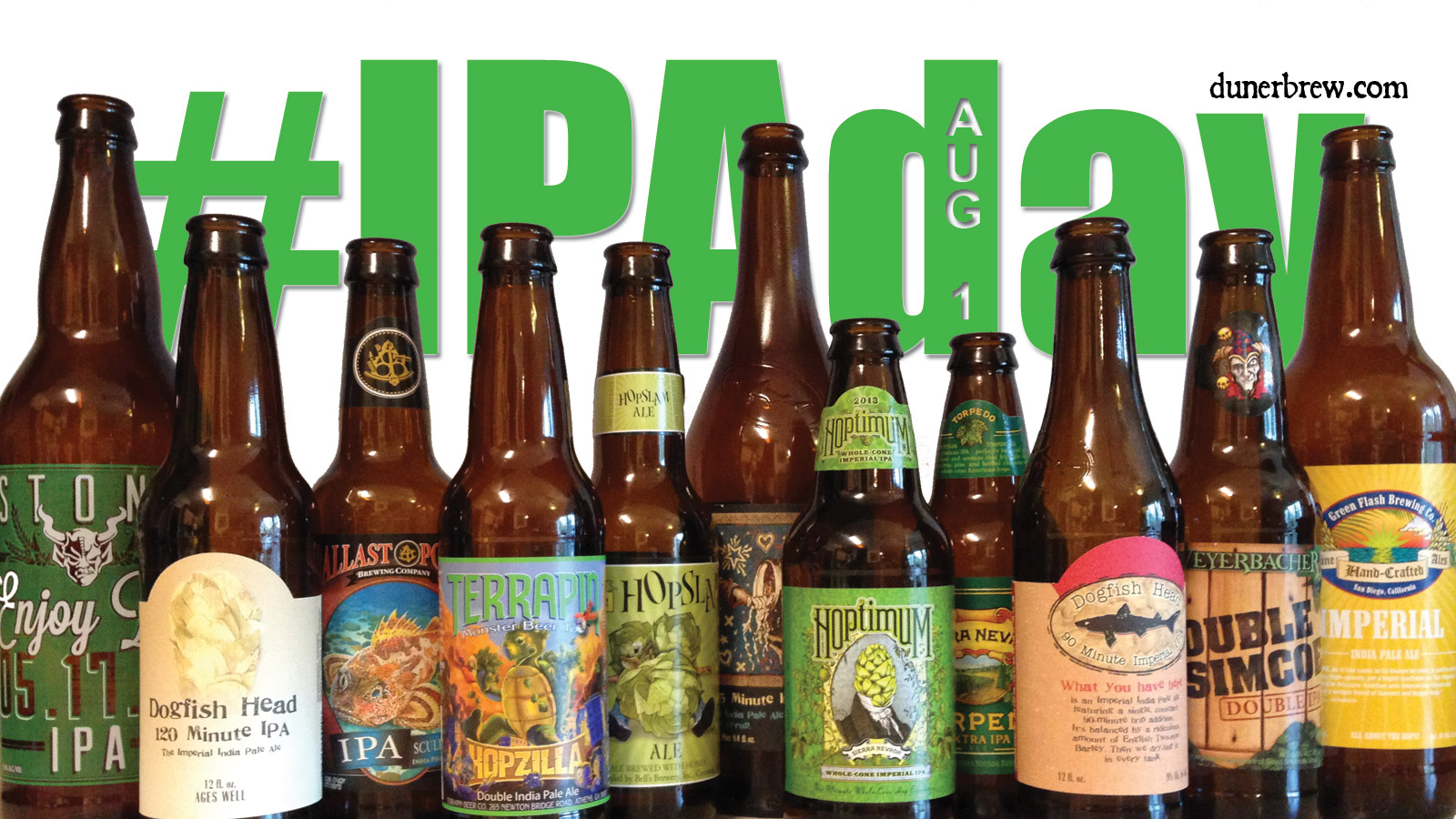 Some may say this is just another silly holiday and claim that as true craft beer lovers every day should be #IPAday.  Who will join with an #IPAeveryday hashtag?  After all, most days are better with an IPA.  Yet I still will celebrate this day.