This beer has the promise to be the best yet!  With UK malts, US Hops, and American Ale II yeast, this beer is wonderful.

There were two names for this particular brew, one for my Aussie Twitter friends and another with maybe a little more serious tone...a name that means something to me.  So sorry to the Twitter friends (you know who you are), Crocoduck didn't make the final cut.  Instead, this IPA is named Hold Your Fire. 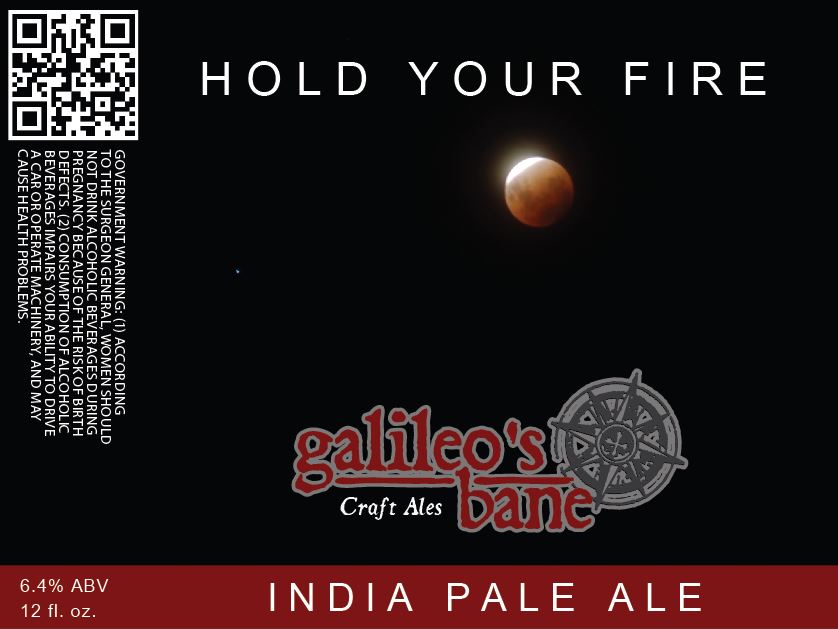 Yes, another hat's off to Rush, with their 1987 album Hold Your Fire, and my favorite song on it, Mission.