When wild yeast invades your beer.

The last Porter batch didn't turn out as expected.  Of course, the expectation was that it would be the best Porter ever!  And as it turns out, it was far from it.

There was a bad sour off-flavor, and when "analyzed" through the taste buds and experience of the local Homebrew Shop owner, it was determined that maybe some wild yeast became involved.  When opened, it bubbled over which alerted us to an issue right away.  Because the wild yeasts are able to ferment some of the sugars the ale yeast won't, the beer will become thinner, and additional carbonation will be formed.  When he mentioned the possibility of "bottle bombs", I knew it would be a ruined batch.

So, between tears, I found myself dumping a batch of high hopes into the sink.  Trial and error, right?

What went wrong?  The yeast used for this beer had been "washed" and re-purposed from a previous batch.  It sat in the refrigerator for at least two months.  It's possible something got into it during that time, though the off flavor wasn't initially evident.  If could also be that something got into it when bottling.

I'm generally fairly thorough and methodical with sanitation, though it's possible I need to do a better job still and consider again my methods.

And here are some photos. 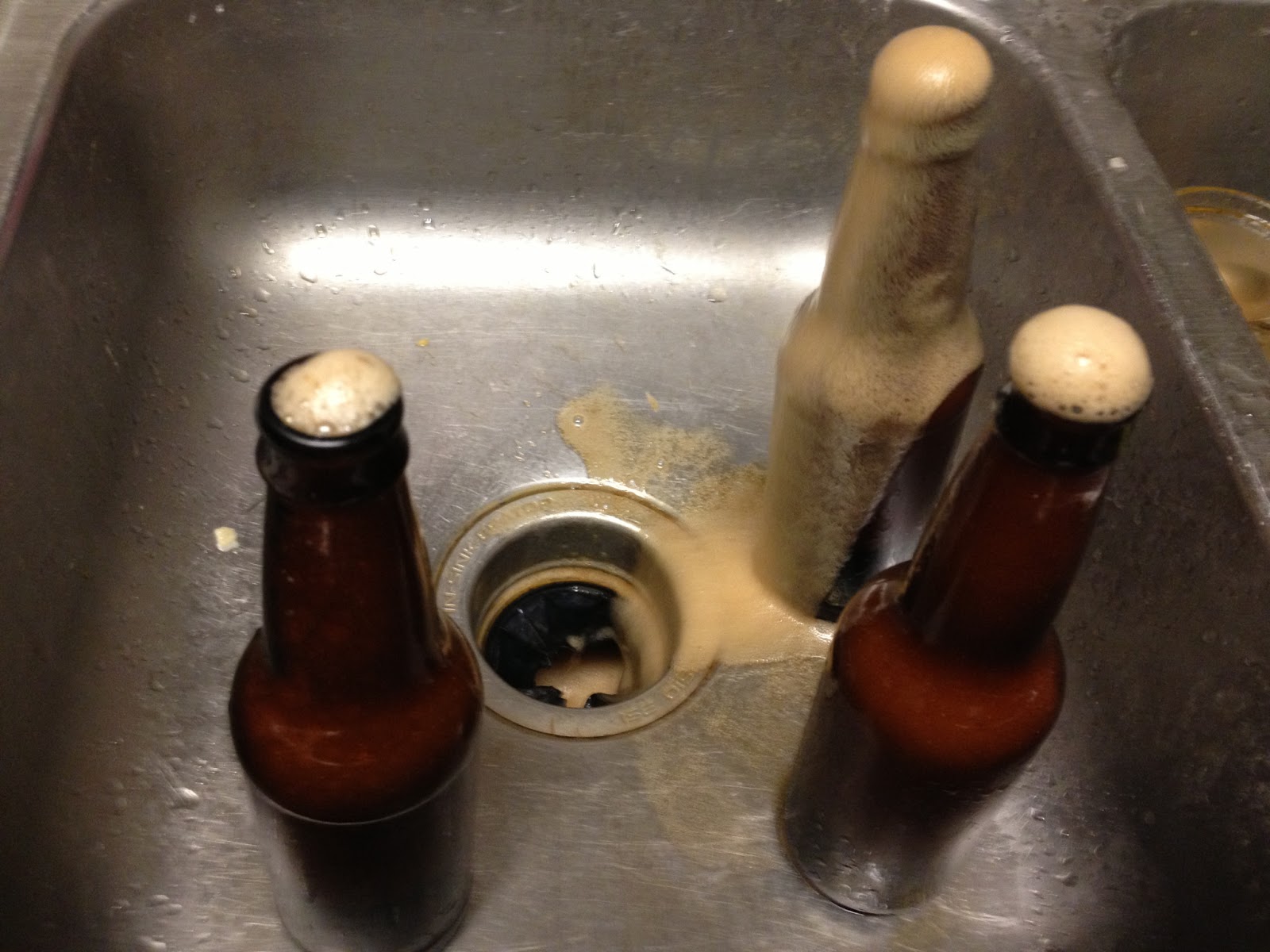 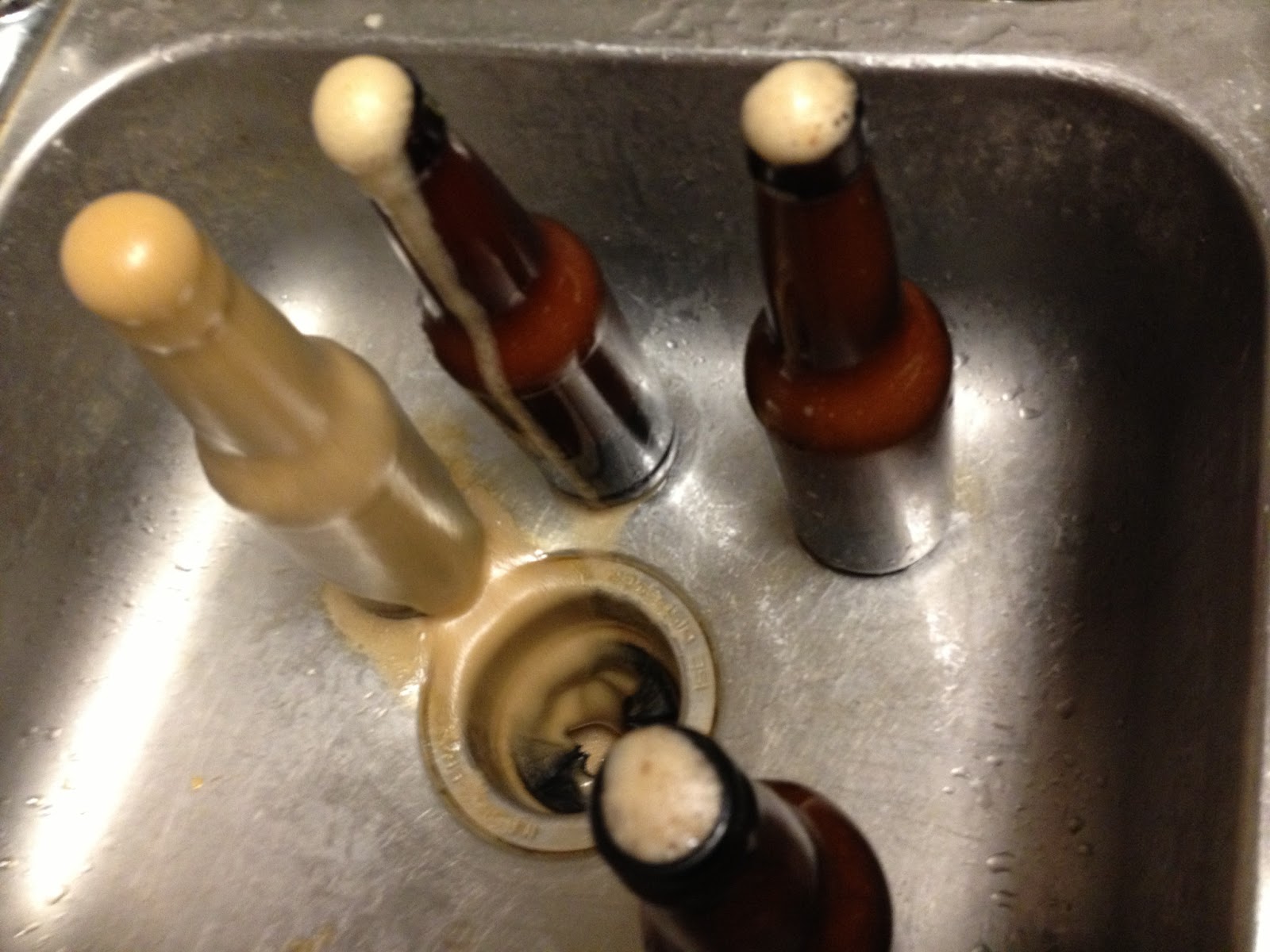