I was poking around some old photos on the computer and came across this one.  It was taken on May 5, 2010, which is exactly 2.5 years ago. 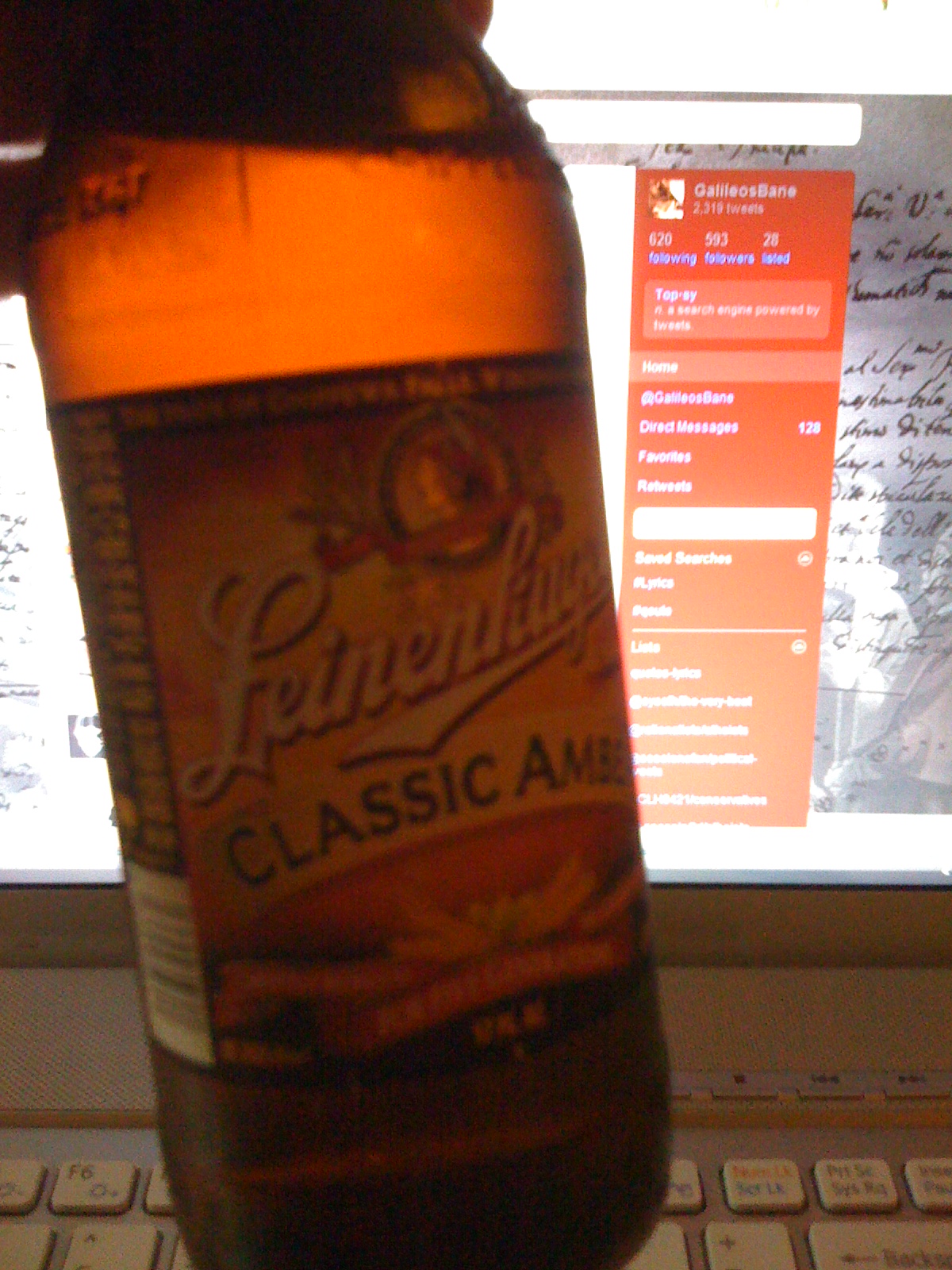 My knowledge and appreciation of beer has matured over the course of time.  My Twitter followers have more than doubled too.  (I know that I could have thousands of followers if I just followed thousands of people, but I'd rather grow the followers organically.)

When bored, I tend to take similar photos still.  Somethings never change.
Posted by Unknown at 11:00 AM